NBE is the oldest commercial bank in Egypt. It was established on June 25, 1898 with a capital of £ 1 million. Throughout its long history, NBE's functions and roles have continually developed to square with the different economic and political stages in Egypt. During the 1950s, NBE assumed the central bank's duties. After its nationalization in the 1960s, it acted as a pure commercial bank besides carrying out the functions of the central bank in the areas where the latter had no branches. Moreover, since mid-1960s, NBE has been in charge of issuing and managing investment certificates on behalf of the government.

Total deposits reached EGP 1.014 trillion, exceeding the one trillion mark for the first time in the history of Egyptian banks, with a growth rate of 18% yoy, accounting for 28.6% of total banks' deposits, which highlights the customers' confidence in our Bank. Such leap was driven by the introduction of a diversified package of deposits in local and foreign currencies at competitively lucrative rates.

NBE has further provided a set of distinguished finance schemes that meet the needs of key economic sectors. The total retail loan portfolio reached EGP 46 bn. as at the end of June 2018, growing by EGP 6 bn. yoy.

In line with NBE's support to small and medium sized enterprises (SMEs), the total SME loan portfolio grew 34% yoy to reach EGP 44 bn. (including EGP 25 bn. extended in the framework of Central Bank of Egypt (CBE)’s Initiative to 25,000 customers).

Moreover, NBE held equity participation in 162 projects, as at the end of June 2018, covering all the fields of economic activity with total capital of EGP 57.8 bn.

On the other hand, non-performing loans (NPLs) have fallen to only 1.8% of total loans against 2.1% yoy. In this regard, settlements were carried out for 213 defaulting customers whose total indebtedness accounted for EGP 6 bn. Besides, NBE bailed out a number of customers in default.

In line with its role in supporting State policies on an ongoing basis, NBE provided direct funding for the Treasury by purchasing T-bills and government bonds. Average T-bills and bonds balance accounted for EGP 297.3 bn. as at the end of June 2018.

NBE is the largest contributor to social responsibility among banks in Egypt. It believes that it has a significant role to play in improving the quality of life of Egyptians. To this end, NBE contributed 9% of its net profit, up from 7% yoy. Such contributions were mainly directed to supporting healthcare, education, slums development, and combating poverty. NBE's donations in FY 2017/2018 reached a total of EGP 881 MM.

Crowning its efforts, NBE topped the Egyptian banks as the largest banking brand in 2019 for the second year in a row according to the annual report on the world's most valuable brands "Global 500" issued in 2019 by Brand Finance, the world's leading brand valuation consultancy, in cooperation with The Banker.

NBE was awarded three global certifications this year. First, NBE received the PCI DSS Certification for the sixth year in a row from ControlCase Company, a certificate of compliance with security standards issued by Visa and MasterCard for payment and credit card data security. Second, NBE received a certificate of appreciation from "LinkedIn" for the best recruitment in MENA. This certificate is awarded for recruiting and headhunting the best professionals and talented individuals. Third, NBE received the ISO 22301-2012 Certification in Business Continuity Management from the British Standards Institution (BSI).

In addition, NBE received many awards this year, including three awards from "emeafinance" in syndicated loans in 2017 (awards are granted for key deals across several sectors: Best Energy Deal, Best Industrial Finance Deal, and Best New Financing Project Deal). Furthermore, NBE received the Best Trade Finance Provider and the Best Transaction Bank in Egypt awards by "The Asian Banker". NBE was also recognized by The Asian Banker as the Best Retail Bank in Egypt.

NBE was named the best book runner for syndicated loans, and was ranked second as facility agent and mandated lead arranger in Africa in 2018, according to Bloomberg.

NBE was recognized as the best Straight Through Processing (STP) bank in the Middle East by Citibank. NBE received the Award of the Best Arab Bank in Socio-Economic Development for the Year 2018 in the area of social responsibility from the World Union of Arab Bankers.

NBE's Legal Division was chosen on the list of GC Powerlist of the most influential in-house lawyers in business across Africa in cooperation with the International Bar Association (IBA).

Constantly developing its services and products to provide customers with top notch services, NBE increased the number of ATMs and improved their deployment nationwide to reach 3,996, growing by 488 ATMs compared with last year.

To strengthen and boost stock investments and securities market, NBE has a distinct number of mutual funds that support the Egyptian capital market and deliver services to a distinguished segment of customers. NBE also offers investment services by expanding the central depositary and trading services.

NBE has an extensive network of 461 branches, offices and banking units nationwide (serving nearly 11 million customers). It has opened a number of 33 new branches. Additionally, the Bank maintains an effective international presence through National Bank of Egypt (UK) Limited, National Bank of Egypt (Khartoum) – Sudan, New York and Shanghai branches (in USA and China), and representative offices in Johannesburg – South Africa, Dubai – UAE and Addis Ababa – Ethiopia, plus NBE (DIFC) Limited for financial advice. This is in addition to a vast correspondent network around the globe (Europe – USA – Australia – Canada – the Far East – Africa – the Arabian Gulf).

NBE is always keen to deliver top-quality and cutting-edge banking services and products to its esteemed customers so that the Bank can maintain their precious confidence and continue its leadership in the local banking market. 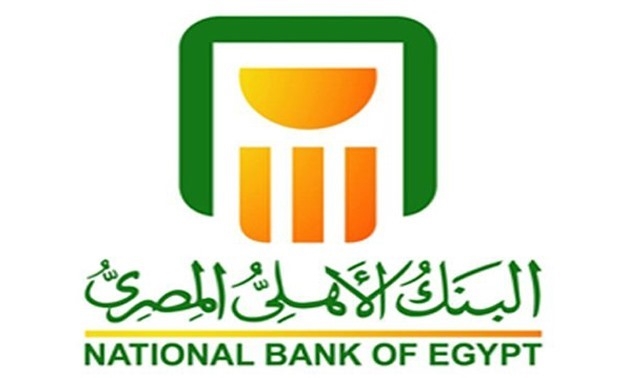 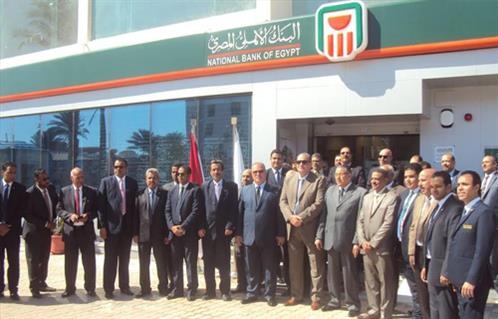